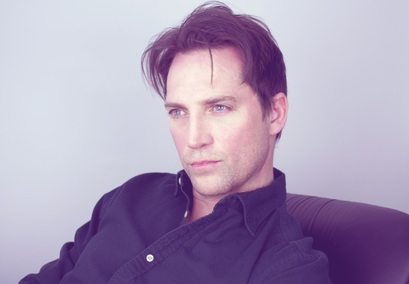 ​Jim was born in Halifax, Nova Scotia and raised in Calgary, Alberta.  With his quiet demeanour, strong work ethic and exemplary talent, this actor has proven to be a longstanding player in the entertainment industry, with a multidimensional career spanning over a decade.

Growing up close to the Rocky Mountains,  Jim trained to be an elite ski racer, competing at an international level until his early twenties.  After retiring from ski racing Jim got a job working in the art and set decoration department on the massively successful Fox series “THE X-FILES”.  It was here he met Chris Carter and David Nutter who gave Jim his very first acting role on the groundbreaking Fox pilot “MILLENNIUM”
With over 60 film and television credits to his name, Jim has amassed an impressive resume including a major recurring guest star on season two of SyFy's thriller drama "HELIX", the Muse Entertainment mini-series "THE FIXER", as well as a series regular for two seasons on Showcase’s hit series “PARADISE FALLS” and on the first season of the award winning Showcase series “BLACKSTONE”.  Jim has guest starred on multiple shows including CW's "SUPERNATURAL",  CTV's "MOTIVE",  FOX’s “FRINGE”, CW’s “SMALLVILLE,  USA’s “PSYCH”, CTV’s “DEGRASSI:  THE NEXT GENERATION”,  CBC’s “REPUBLIC OF DOYLE”, SYFY's "CONTINUUM" and many more.

A Hallmark Channel favourite, he has starred in numerous Hallmark movies -- including a recurring leading role in the "FATHER CHRISTMAS" movies with Erin Krakow, as well as "THE TREE THAT SAVED CHRISTMAS" with Lacey Chabert and "CHRISTMAS COOKIES" with Jill Wagner.  Recently, Jim guest starred in Hallmark Movies & Mysteries series "HAILEY DEAN MYSTERIES:  DEADLY ESTATE" starring Kellie Martin and "DEAD OVER HEELS: AN AURORA TEAGARDEN MYSTERY" starring Candace Cameron Bure and Yannick Bisson as well as "CHRISTMAS SHE WROTE" with Danica McKellar and 'DELIVER BY CHRISTMAS" with Eoin Bailey.

On the big screen, Jim was seen in "DEAD RISING 2:  ENDGAME" with Jesse Metcalf and Dennis Haysbert.  Other feature film credits include "THE DEAL" with Christian Slater and Selma Blair, and the Ole Bordenal thriller "THE POSSESSION" with Jeffrey Dean Morgan and Kyra Sedgwick.
​